Alyson Stoner has given a glimpse into the pressure she and others face as they try to make a name for themselves in Hollywood.

The 28-year-old has revealed she went into rehab after the stress she put herself as she prepared to audition for The Hunger Games.

In an interview with Access Hollywood on Thursday, the actress and singer she spoke about her extreme efforts to win the role as Katniss Everdeen in the 2011 blockbuster and what happened afterward. She was one of two dozen actresses who tried out for the part which eventually went to Jennifer Lawrence, 31. 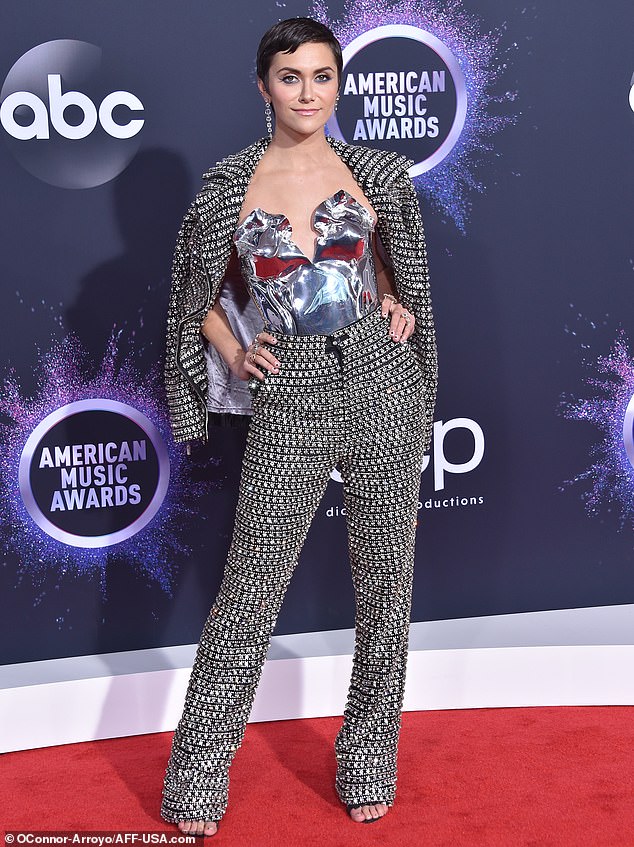 Under pressure: Alyson Stoner, 28, revealed to Access Hollywood on Thursday that she went to rehab after making herself sick to prepare for her Hunger Games audition; pictured in Los Angeles in November 2019

The interview was part of the show’s Surviving Child Stardom series.

‘I am not sure I have ever shared this explicitly, but I was auditioning for The Hunger Games for the lead role, Katniss,’ the talented voice actress explained.

‘I was so committed to the audition process that I underwent very intense physical training, and I was on a very restrictive diet.’ 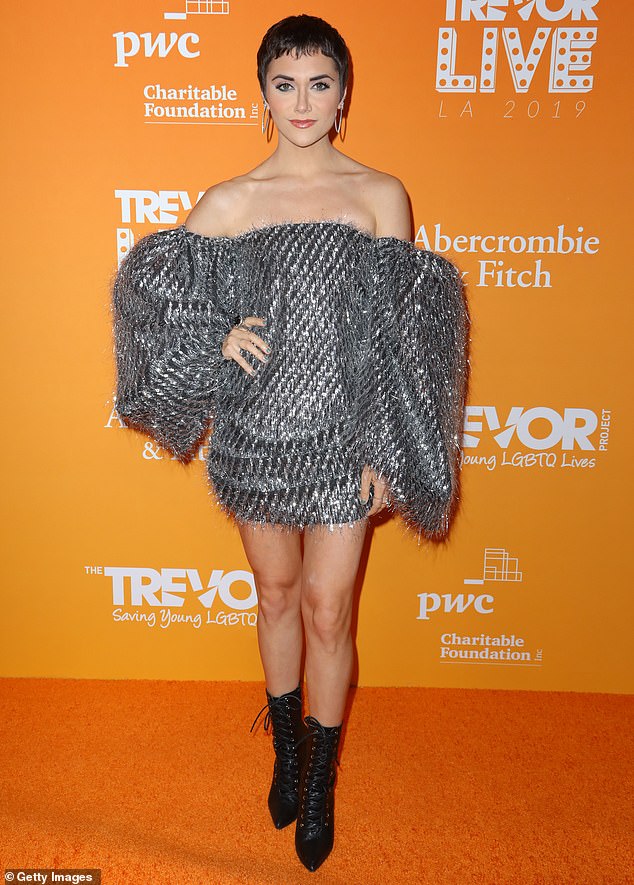 Intense regimen: In her efforts to win the role as Katniss Everdeen, the singer and actress said she underwent very intense physical training, and I was on a very restrictive diet’; pictured in Beverly Hills in November 2019

The repercussions from the daily regimen began to show physically and emotionally.

‘My hair is starting to fall out, my skin is sallow, and I’m medically underweight. I feel obsessive about these behaviors, and I really need help.’

She then took a brave step. ‘So I checked myself into rehab.’

The Cheaper by the Dozen actress shared that her first kiss was on camera, and she had been asked to do an on-camera sex scene while in her teens as well. That and other pressures resulted in her developing an eating disorder and exercise addiction prior to her Hunger Games audition, but the experience leading up to the tryout helped her realize she needed help.

‘When I first arrived for inpatient, some of my projects, the DVDs, were on the shelf, and I had that moment of “Is it OK if I ask them to not play those while I’m here?”‘ The Stripped Bare singer said she was worried about speaking up for herself, recalling, ‘Am I allowed to advocate for myself that way? Because typically I am here for everyone’s entertainment, but right now I really need privacy and to be authentic.’ 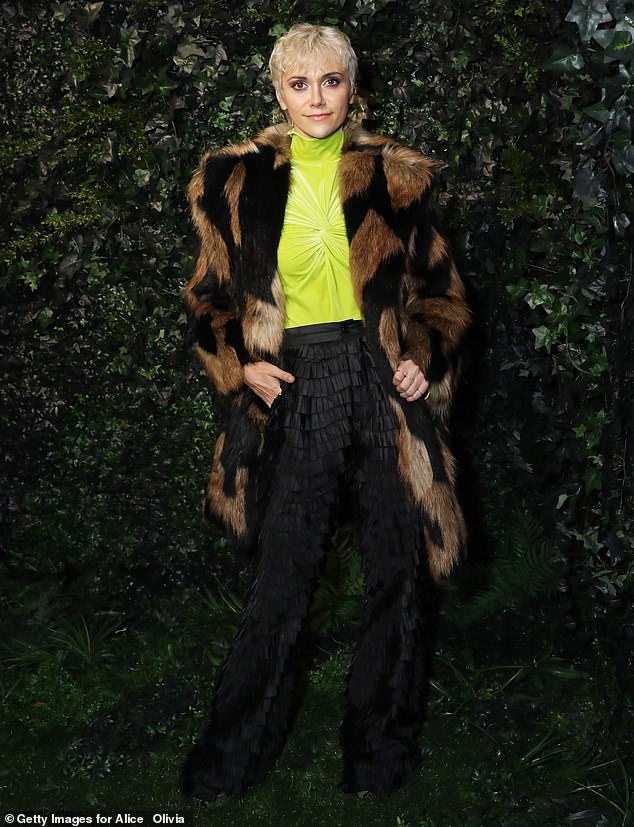 Advocating:  The Kingdom Hearts III voice actress wondered if she could speak out after seeing DVDs of her projects on the shelves at the facility wondering, ‘Is it OK if I ask them to not play those while I’m here?’ Pictured New York February 2020

The Kingdom Hearts III voice actress said she realized not everyone to get the kind of medical treatment she received.  ‘I am so fortunate I had access to the support. That’s not the case for many people.’

The now-healthy actress has gone on to have a successful career, mostly off camera, as a voice actor.

She can be heard in Pete the Cat as the voice of Callie  on Amazon Prime and in the combination live action/animation series The Guardians of Justice (Will Save You) on Netflix. 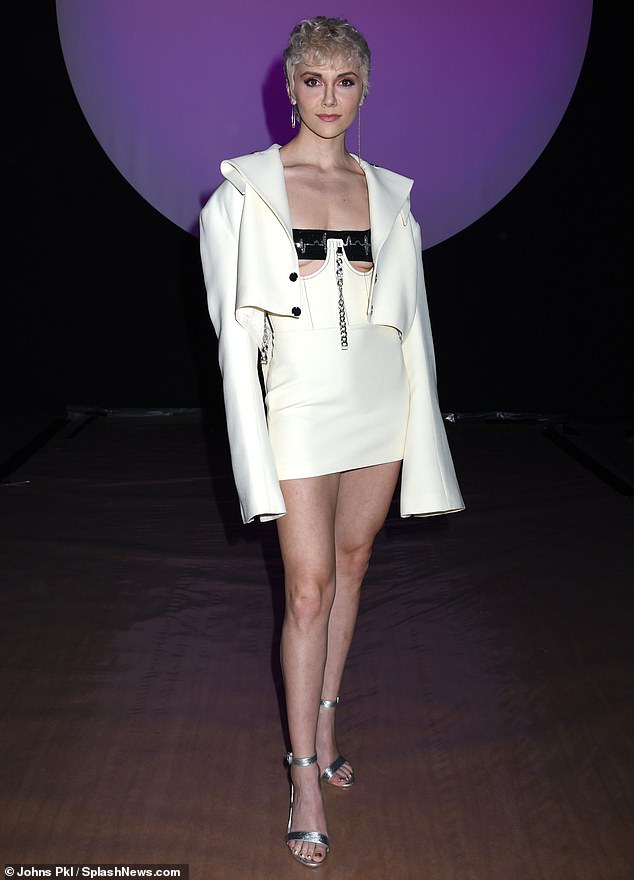 Healthy: The now healthy actress has gone on to have a successful career, mostly as a voice actor for animated shows and video games; Pictured in New York City in 2020

Source: Alyson Stoner checked herself into rehab after preparing for her Hunger Games audition

President Joe Biden fell off his bike during ride near his Rehoboth Beach home in Delaware Saturday morning, where he and his wife our celebrating their 45th…

Pictured: Sarah Harris, 29 A former Playboy model who took out a $30,000 loan to get ‘toxic’ breast implants removed says the silicone made her…